What are the planning and community development implications of live-work? They are legion, and some are not what they first appear to be.  All are treated in detail in Live-Work Planning and Design: Zero-Commute Housing, by Thomas Dolan (Wiley, 2012). 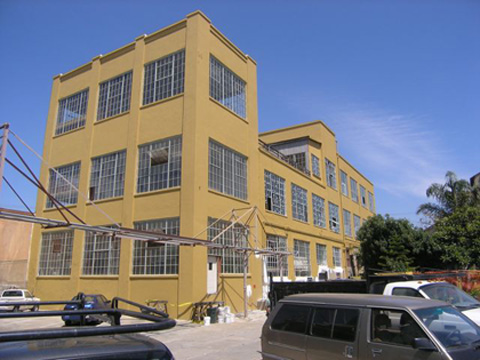 First, live-work is not a monolithic phenomenon. Some of what bears the name is predominantly residential in character. The rise of the internet, telecommuting, and teleconferencing have created unprecedented opportunities for home office and small, at-home business, which we (and many jurisdictions) call home occupation. On the other hand, there is a demand for a more work-driven type of space in which employees and walk-in trade are permitted and more intense and/or more hazardous kinds of work are performed. This we are calling work/live. 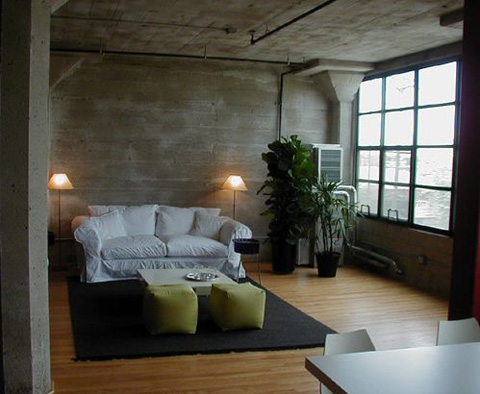 There is a demonstrated tendency for live-work space to revert to purely residential use, regardless of how it was permitted or represented. This tendency is most pronounced in new construction condominiums or “lifestyle lofts.” In some locations this is tolerable, in others it can cause harm. Because it is intended to be a flexible type, it is fair to say that work will occur in a live-work unit at some time, but that work activity may not always be present. 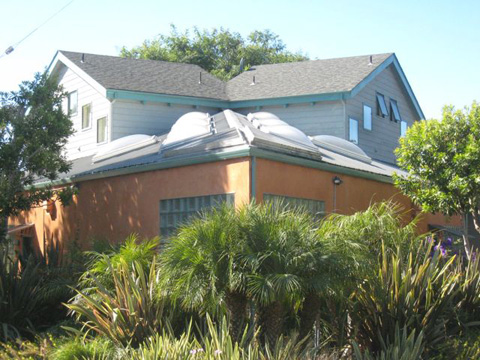 Each of these three types, home occupation, live/work and work/live is more appropriate in some areas than others. Planning regulations should be applied to locate live-work types suitably, while providing for flexibility and use evolution. The goal for many areas where live-work occurs at work-use intensities greater than home occupation: a “neighborhood that learns.” 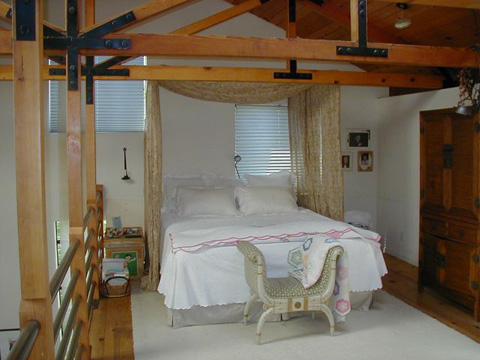 Residential reversion, described in #2 above, should be discouraged strenuously in those areas where pure residential use is undesirable due to incompatibilities with other pre-existing uses, lack of residential amenities, etc. Residential reversion can be slowed down, if not entirely stopped, through the use of a combination of regulations, sanctions, financial incentives, tax policy incentives and, perhaps most importantly, the design of units for the appropriate level of proximity between living and working spaces. Residential reversion as a central issue of concern was an important part of a study conducted in 1997 by TDA and others, entitled Work/Live in Vancouver. 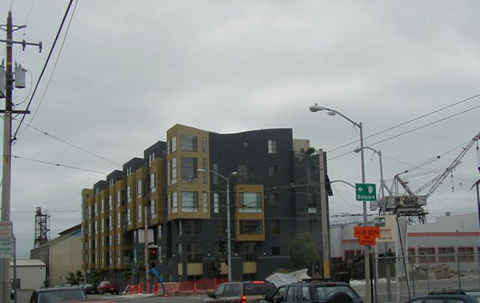 While it can be a valuable tool for converting commercial/industrial districts to neighborhoods, the development of live-work must be balanced with the valid need for the kinds of small and medium-sized businesses that are needed to make a city work, and for the larger commercial and industrial companies that employ her citizens. Laissez-faire loft development — which usually leads to wholesale residential reversion — can spell disaster for these businesses in the form of prohibitive property values and “Imported NIMBY’s.” 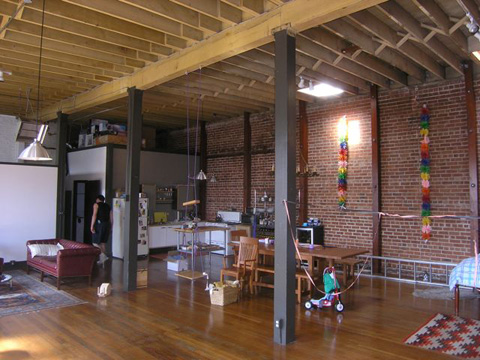 There is, however, a place for lifestyle lofts, especially as part of a lively mixed-use district, often transitioning (spatially) between residential and commercial/industrial areas, between downtown commercial and industrial neighborhoods, or generally on residential neighborhood edges. Lofts are often an appropriate re-use of historic structures which might otherwise remain vacant, and in fact, relaxation of building code requirements for all kinds of live-work is permitted under state law in California. The permitting process for lofts, particularly in the case of new construction live-work, should be closer in character to residential regulations, which means instituting design review, open space requirements, inclusionary zoning, and (in California) full imposition of school impact fees. 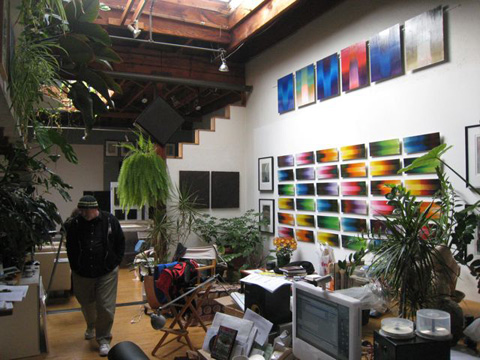 Artists began the live-work phenomenon, and they require a kind of affordable space that can (almost) only be found in older industrial buildings. In areas with hot real estate markets (or where lifestyle lofts are already out of control, which includes many cities), the only way many artists can retain control of their spaces is through ownership, long-term rent subsidies, or the creation — and enforcement — of “Artists’ Protection Zones” providing long-term affordable live-work. It is, in fact, more of a financial problem than a coding problem, although certain planning measures can help (such as designating certain live-work areas as rental only in existing buildings only). Artists contribute significantly to cities’ economies (in San Francisco, 1 in 11 jobs are in the arts sector). They are the keepers of our culture, and they deserve our support and protection. 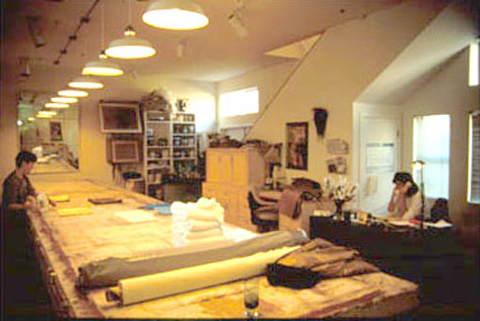 Live-work plays an important part in The Incubator Cycle. Ideas for small businesses often progress through different work spaces, from a spare room at home, to the garage (of Apple Computer and Hewlett Packard fable and fame), and often next to a live-work space. In fact, for some, the progression from home occupation to live/work to work/live space is part of the cycle. Government and corporate-sponsored incubators are a valuable newcomer on the scene: many have been very successful. A project idea that should be considered is a “Live-work Incubator,” in which business assistance and facilities would be provided in a residential — i.e. live-work — setting. Such an incubator could combine well with a coworking space. 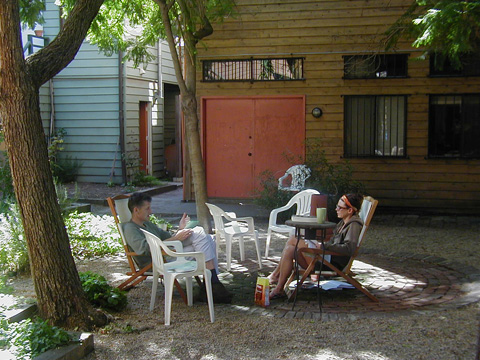 Live-work and community is a topic treated elsewhere. Its implication for planning policy and zoning regulations are enormous — they speak to the future of socialization in the 21st century, in which commuting may become more the exception than the norm. Live-work has been occupied and experimented with (mostly by trial and error, in a relative regulatory vacuum) for most of the last half of the 20th century. Any person who works at home (most do so alone) will attest to the fact that it can be a very isolating experience in a single-family house, or even a conventional apartment or condominium. Live-work projects can be planned to alleviate this isolation in two ways: 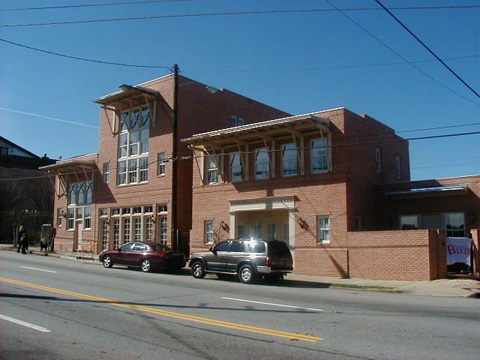 The Congress for the New Urbanism was founded to “advocate the restructuring of public policy and development practices to support the following principles: neighborhoods should be diverse in use and population; communities should be designed for the pedestrian and transit as well as the car; cities and towns should be shaped by physically defined and universally accessible public spaces and community institutions urban places should be framed by architecture and landscape design that celebrate local history, climate, ecology, and building practice.”

Many New Urbanist projects include live-work spaces; as mentioned above, the fit is a natural. The apartment above the mom-and-pop store, or the country lawyer whose cottage is behind his office are time-honored built forms in the traditional American town. They are both forms of live-work.Live-work is arguably the most viable form of market rate development in many inner cities. It is the only building type that provides both employment and housing. A common term on the lips of planners today is “live-work-play environment.” Inherently mixed use, infill live-work projects or renovations of existing buildings often go a long way toward meeting many of the goals of The New Urbanism, and therefore could be seen as one of its best entrees into an inner city context.