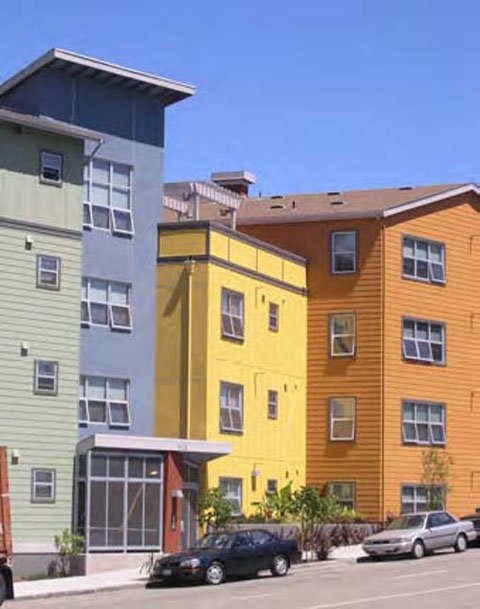 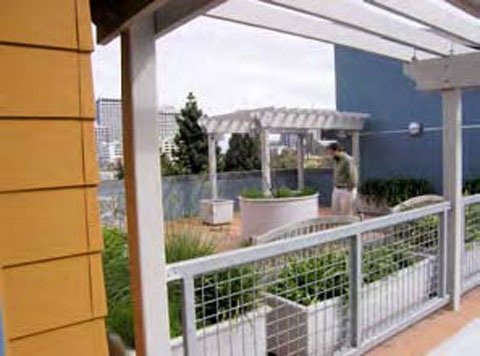 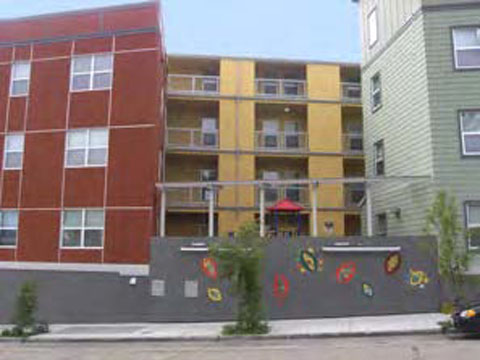 The design and construction of Northgate Apartments is a synthesis of numerous threads running through TDA’s history: it houses 42 affordable family units, a multi-family courtyard housing located on a highly impacted brownfield site; and it is constructed as a green building a in a transit-oriented urban infill location. Its highly articulated street facade is composed of multiple forms in a composition of color and massing that echoes the scale of its existing residential context.

Located on a triangular site bounded by a major elevated freeway, multiple BART lines entering a tunnel, and a newly constructed arterial “commuter shortcut”, TDA’s design challenge was to maximize the number of affordable units and social support service spaces while ameliorating the not inconsiderable constraints of the site. Their solution is a building that wraps around a podium top courtyard while doubling as a sound wall. Included on that courtyard is a tot lot play structure open to the eastern morning sun, but in that court and on the balconies and roof gardens above, the sounds of freeway & BART are barely evident. Below the podium, use of the Parklift system enabled compression of the parking footprint and an increased unit count, while also saving space for a community room and other social support services.

Northgate Apartments’ green design elements were featured as a case study on a website hosted by the Green Affordable Housing Coalition.