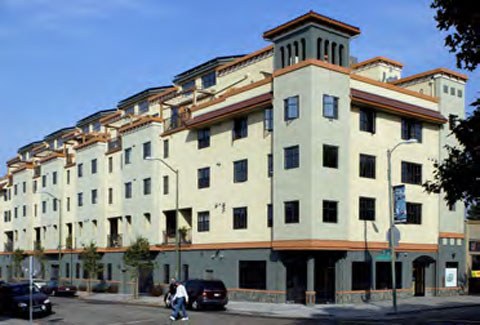 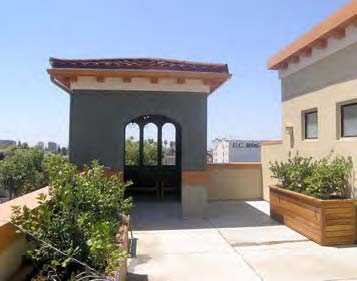 Mixed Use Infill on a Rapidly Urbanizing Corridor

Temescal Place is a new construction mixed-use project on a consummate urban infill site, served by numerous transit lines and located within walking distance of a variety of neighborhood services. Designed to be both contextual and vanguard, Temescal Place makes use of local vernacular forms while adapting them to this high density podium building type.

Twenty-five townhouse-style units sit atop structured Parklift parking and ground floor retail. The units are priced to meet workforce housing needs, defined as affordable to teachers, mailpersons, firemen and nurses at nearby Children’s Hospital, and others at 120% of the median area income.

Recently a large strip retail center was built in the neighborhooddespite pleas from a unified community for greater density and mixed-use, including housing over retail. By contrast, the community was highly receptive to Temescal Place, calling it “the project we should have gotten instead of that strip mall.” In an affirmation of the Oakland General Plan’s designation of the area as “Grow and Change,” the local merchants’ group endorsed the project’s application for a variance to increase its height by twenty feet, a request approved by unanimous vote of the City Planning Commission.

The first of several projects in the neighborhood by the same developer, Temescal Place is serving as a catalyst. Since its completion, six new restaurants and many other neighborhood serving retail establishments have opened nearby: signs of a true renaissance in Temescal. 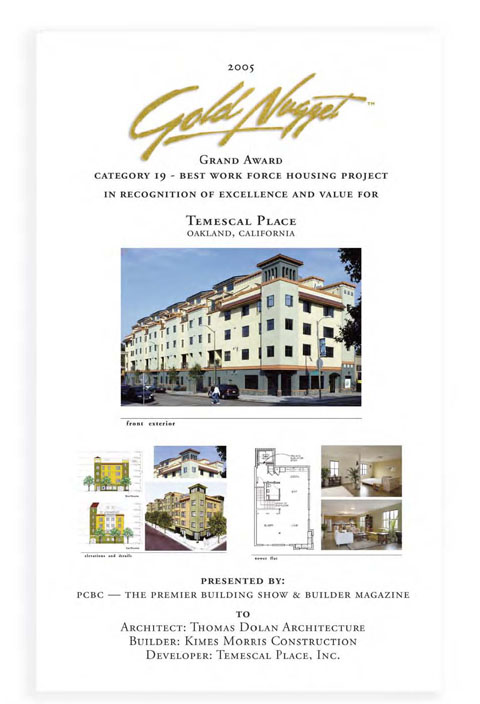